Yngwie Malmsteen was born Lars Johann Yngve Lannerbäck on 30 June 1963. (Malmsteen is an adaptation of his mother’s maiden name)

Raised in a musical family, he was greatly influenced by classical music. Yngwie became known for pioneering the “neo-classical” playing style in heavy metal. He is one of the most technically accomplished hard rock guitarists ever, and is arguably the creator of an entire genre. 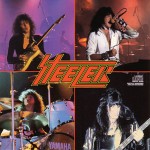 At the age of 18, Yngwie first appeared in a new band with singer Ron Keel, called Steeler. They only released one album, but it is solid. The production isn’t that great, but Yngwie tears it up. His playing ability is only hinted at for the most part but the solos are pretty awesome. He’s definitely the best part of the album.

212 songs on this album include Hot on Your Heels 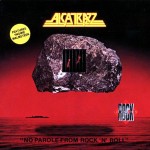 Yngwie’s next project was Alcatrazz with ex-Rainbow vocalist Graham Bonnet. Again, he recorded only one studio album, but a live album was also released after Yngwie’s side project “Rising Force” was so successful that he left the band.

This album still doesn’t show Yngwie’s style, but you get a better sense of it on the live album. As always Yngwie tears it up, and Bonnet’s vocals are better than Keel’s. 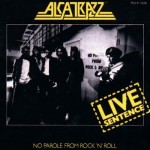 The keyboards and melodic nature of some of the songs softens the overall feel of the record, but it still rocks.

212 Songs on this album include Jet to Jet, and Too Young to Die to Drunk to Live. Others worth a mention include General Hospital and Hiroshima Mon Amour.

As he seems to like to do – Graham Bonnet delivers solid versions of his Rainbow hits on the live album, All Night Long and Since You’ve been Gone.

The live album also previews a song Yngwie will deliver on his first solo work, Evil Eye which becomes a crowd favorite in the following years as he throws his guitar in the air during the pauses, catches it and plays again on the beat. 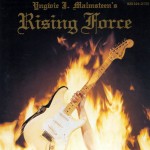 Yngwie’s first solo album was a ground breaking album. Only two of the songs have lyrics, so it’s sort of niche, but it is awesome! The first time I heard the first track, Black Star I was instantly an Yngwie fan! I used Icarus’ Dream Suite Op:4 when I was teaching high school as an example of Modern music in the Classical Style. Jens Johansson is awesome on keyboards!

212 songs on this album include Black Star, As Above, So Below and Little Savage 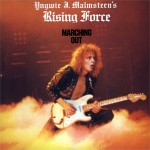 Often times a sophomore effort is make or break. Some bands have years of great material built up over years of playing in bars and working the music scene before they get discovered. Their debut album is awesome, then their second album  is rushed out without any time to write good material. Others, like Yngwie, are great musicians and prolific writers of great music. They can just crank out one great album after another!

Most of the songs have lyrics from this point on, and they rock. The songs are a little rough, especially at a time when Metal is having a lot of cross-over success, there aren’t a bunch of catchy tunes, but the guitar work is awesome. In my estimation, Jeff Scott Soto (vocals) starts to come into his own. Soto & Johansson are still great musicians!

212 songs on this album include I’ll See the Light Tonight, Anguish and Fear and On the Run Again. Others are probably worthy too… 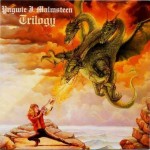 This album was the beginning of Yngwie’s musical chairs of band members. Mark Boals came on as the vocalist for this album and does a great job. Yngwie’s playing is great and he started getting some air time on MTV with You don’t Remember, I’ll Never Forget.

212 songs on this album include Liar, Fury, Fire and those are just the ones with one word titles! 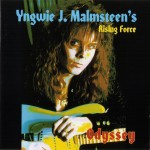 Odyssey was the beginning of the Joe Lynn Turner Era and saw the fusion of awesome guitar playing, catchier lyrics and pop sounding vocals. This was Yngwie’s highest ranked album in the US (Reaching the top 40). Heaven Tonight got plenty of radio play. What makes this album even more impressive was that Yngwie wrecked his Jaguar (The subject of Faster Than the Speed of Light) during the time they were putting this album together. He was in a coma for a week and was reported to have nerve damage in his right hand. His recovery was remarkable.

I listened to this album over and over again walking the campus of the U of U. Even with that, it conjures great feelings.

212 songs on this album include Faster Than the Speed of Light, Rising Force, Riot in the Dungeon and Deja Vu. 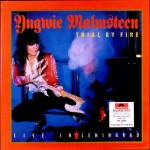 Ronald Reagan challenged the Soviets to tear down the Berlin Wall, and the Soviets began losing control of their people. Gorbachev had to start allowing some ‘openness’ and Yngwie was one of the first western bands to play behind the iron curtain. Yngwie tears it up on one of very few live albums you will see on my web site. This album can’t be ignored though, because it’s awesome! (I don’t foresee any live albums earning a 212) 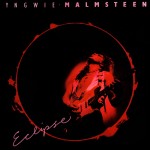 Bring on the Swedes! Yngwie now went to an all Swedish band after losing his long time keyboard player and drummer (The Johansson brothers). By the 1990’s Metal was starting to lose it’s popularity in the US (This album only hit #112) to a bunch of mediocre “grungy” scrubs, but in Japan it was still growing. This album had a couple of videos filmed in Japan capturing the beginnings of Yngwie fever that would continue to dominate Japan over the next few years.

This album has some songs with a bluesy feel (which I don’t go for usually), but they are pretty great and catchy. It also features some of my all time favorites.

212 songs on this album include Motherless Child, Demon Driver and See You in Hell (Don’t be Late). 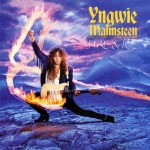 #1 in Japan! This was Yngwie’s first and only #1 album. Again this album has a bluesy feel to many of songs, and the Swedish Vocalist Göran Edman is still out front and doing a pretty great job. I think Teaser was one of his best attempts at a pop single – right up there with Heaven Tonight. One disappointment to me personally is C’Est la Vie, a stupid environmental song. The crappy part is that I do like the song, it just drives me nuts.

212 songs on this album include No Mercy and one the songs at the top of my all time favorites Forever is a Long Time. 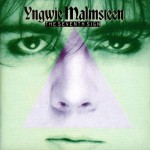 The Seventh Sign was the beginning of the Michael Vescera vocal era. Vescera was already well known in Japan as the American singer in the 212 Japanese band Loudness. This album topped out at #2 on the Japanese charts.

This album is a high point at a time when few bands were putting out great metal. There is a lot of variety in this collection, even the ballads (More than one?) Forever One, and Prisoner of Your Love are great.

212 songs on this album include: Never Die, Hairtrigger and Crash and Burn 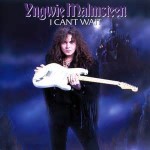 This isn’t my favorite Yngwie effort, and I don’t always include EP’s in my lists, but this is an exception to the rule because, while 2 of the 5 songs are live versions from a Budokan concert, it also includes a song written to be the theme song for Japanese professional wrestler (and MMA fighter) Nobuhiko Takada (Power and Glory). I don’t love it, but it’s still a fun side note. 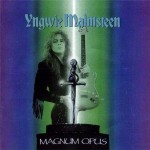 This album is a continuation of the “Yngwie is still rocking the crap out of the world, but they don’t know ‘cuz they are busy listening to garbage” era of music. Yngwie continues to tear it up, From the opening of Vengeance, you know you are in a for a great ride. There is again a real mixture of styles and you see many sides of Yngwie on this album. In a more sane world, No Love Lost, would have made the charts.

212 song on this album: Vengeance 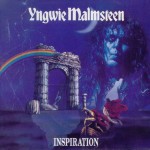 Yngwie does a cover album? Yes, and does it well … so do his first 3 singers. Jeff Scott Soto, Mark Boals and Joe Lynn Turner. Because most of these songs were before my time, this album gave me my first exposure to them, and inspired me to at least give Deep Purple a second chance. I don’t  know if these were all recorded in 1995-96 or earlier when these singers were working with Yngwie, but in the end I guess it doesn’t matter. I think this album is very solid and has a number of highlights, but I don’t think I can actually give any of the songs a 212 rating. That doesn’t mean it’s not worth a listen, there just isn’t anything that just really grabs me and makes me listen. 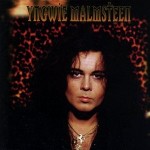 Facing the Animal is awesome! Everything about it is great. Again, there are different styles throughout the collection, all brought together by Yngwie’s blistering guitar work. Braveheart starts off things with a bang, then Facing the Animal takes you in a different, yet totally satisfying direction. Even slower tempo songs like Sacrifice and Enemy on this album rock. Alone in Paradise, Only the Strong … heck it’s all great!

212 songs on this album include: My Resurrection, Another Time, End of My Rope and Poison in Your Veins